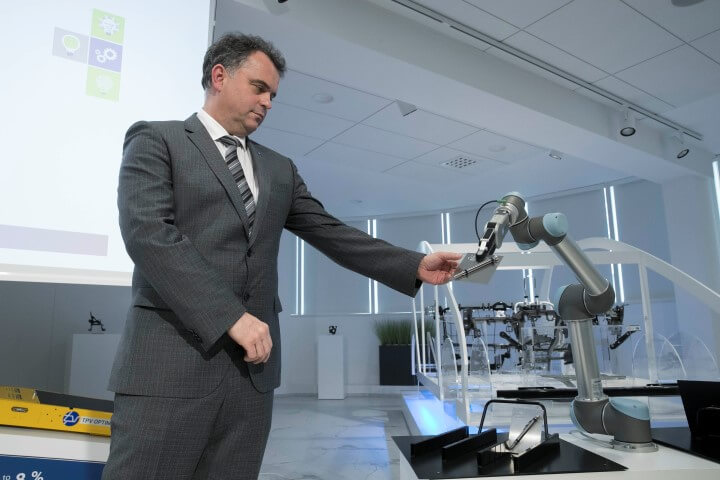 TPV Day of Innovation is an annual event where TPV Group presents their innovation achievements of the previous year, and also points out new trends, aspects and findings in the area of innovation. In 2018, the event took place on 13 February, in the new showroom of TPV Group on Kandijska cesta 60.

The ceremony was opened by Marko Gorjup, Director – President of Management TPV d.o.o., who stressed the importance of innovations which allow us to adapt to changes and gain competitive advantage in the increasingly changing environment.

The innovators were greeted virtually by one of the biggest and most famous Slovenian inventors Peter Florjančič, author of roughly 400 patents. He addressed the innovators with words of encouragement and shared interesting stories and ideas about the birth of perfume atomiser and car airbag which he had sketched back in 1957.

Krunoslav Šimrak, the Director of R&D Division, presented the technology trends in the automotive industry, such as autonomy, electrification, connectivity and car sharing. The global innovation index for 2017 has revealed that the world’s most innovative countries have been Sweden, USA, Germany and Great Britain, where TPV’s biggest customers are located. Customers attach great importance to innovations and expect their suppliers, including TPV, to demonstrate such a commitment. 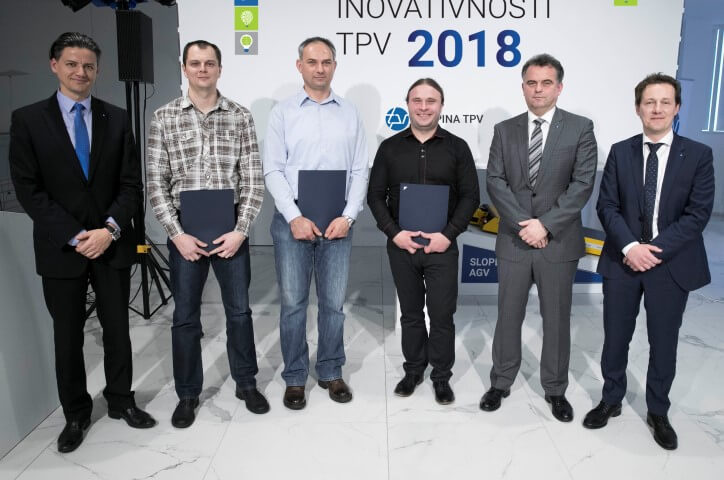 At the ceremony, the awards and recognitions for the best innovative ideas were conferred by the Director – President of Management, Mr. Marko Gorjup, the Director, Member of Management, Mr. Ivan Erenda, and the Director of R&D Division, Mr. Krunoslav Šimrak. According to the Innovation Committee, Marko Malnarič was the most impressive innovator with the innovative proposal »Robotised manufacturing of a product for Range Rover vehicles«. The award for the most valuable team innovation was conferred to Srečko Basarac and Primož Kozan for their innovation »Feasibility study and implementation of protection in the press tool«.

If you wish to be informed about news, challenges and events, subscribe below.